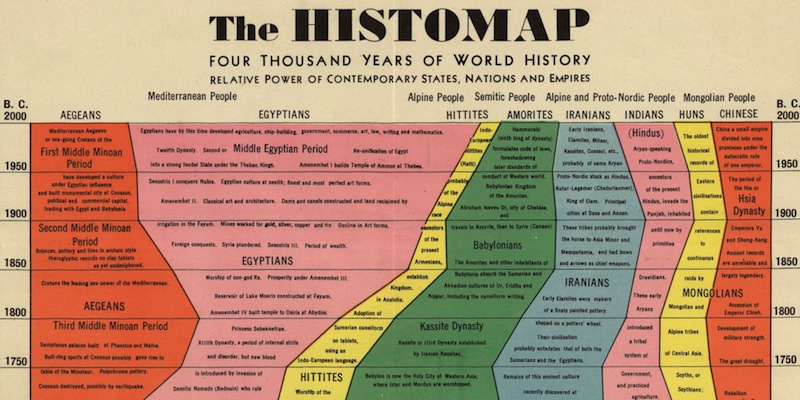 1. We lost a literary icon this week, Elmore Leonard. Look back at his ten rules for writing.

2. Papers, Please, a bureaucracy simulator. In this “dystopian document thriller,” you play as an immigration inspector at the border checkpoint of the communist state of Arstotzka.

3. In case you haven’t heard, Ben Affleck has been cast as Batman, pitting him against Superman in Snyder’s Man of Steel sequel. Like him or loathe him (I like him), it’s just interesting to see that reactions to Affleck still oscillate between Hollywood’s Favorite Son (following Argo) to Hollywood’s Redheaded Step-Child.

4. This chart from Rand McNally in 1931, which shows the relative ebb and flow of empires and power through the history of the civilized world.

5. Mike Tyson plays Mike Tyson’s Punch-Out for the first time. Out of context, Mike Tyson seems like a strange person.

6. Type Only, a new book by Tony Brook and Mark Sinclair, which examines  typography as popular graphic design. From the striking images, you can see that it’s not only which words, but how those words look, that tell a story.

7. Alfred Hitchcock in a Beatles wig.

8. The film trailer for The Book Thief. Pay particular attention to the bizarrely out-dated voiceover work in the trailer.

9. If you’re in Chicago this Monday: Quickies, readings of short prose, at The Hideout for one night only.