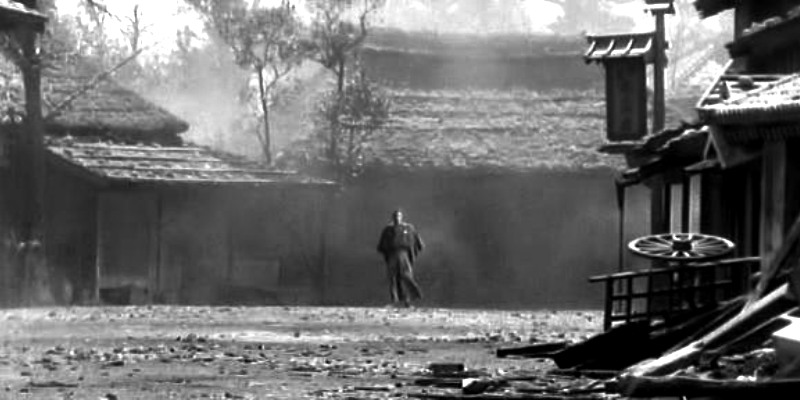 Only God Forgives is released today. In the spirit of its quiet protagonist, I thought it best to highlight some work featuring important characters who speak either little or not at all.

This week’s topic: The Silent Type

1. Yojimbo – It’s where we get the Dollar’s Trilogy, though it’s an inspired riff itself, and that kind of started this whole thing off for American popular culture.

2. No Country For Old Men – Javier Bardem is a monster in this role. The following scene is the most he speaks in the entire film.

4. The Marx Brothers – Harpo may utter a few sounds, but he never says a word.