You are here: Home » Only God Forgives – Score by Cliff Martinez 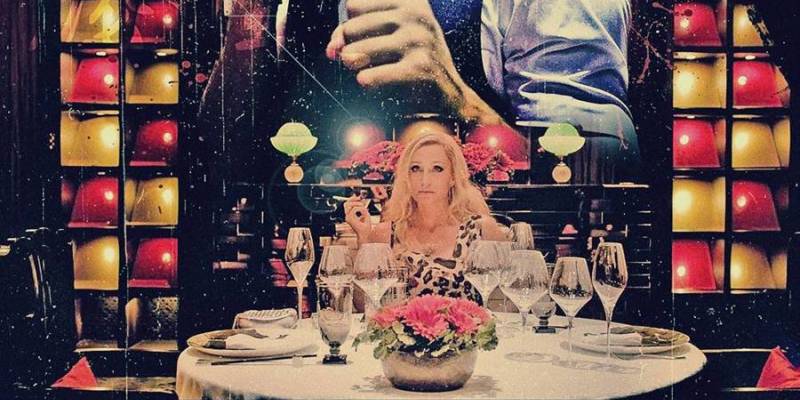 “I think Nicolas wanted to distance himself from making anything that bore any resemblance to Drive and I felt the same way. So musically, Only God Forgives will be something different. As for Nicolas being a repeat customer so to speak, I would say that monogamy has its benefits. I like to think that I understand Nicolas’ taste and preferences much better now, so our process of collaboration goes a little deeper as well as being more efficient and streamlined. That said, his standards are very high and he always expects the unexpected with regard to the score.”
–Cliff Martinez

Earlier this year I had the opportunity to interview Cliff Martinez about his process, work up to that point, and what we might expect from the future; in particular, his score for Only God Forgives was of interest as he reached certain heights with his previous Nicolas Winding Refn collaboration on Drive and in returning I was curious which paths may be taken. At the time I asked what he did to prepare for Only God Forgives and if the location played a significant role, “Well I flew to Thailand, locked myself in a hotel room and wrote most of the score there. So I’m hoping that in some way, the location and eating gang kiew wan gai for breakfast everyday infiltrated my usual way of thinking and influenced the score.”

Now we have the score, released July 16th, and can start to get a taste of what this means.

In the above video interview he talks about Only God Forgives as ostensibly a silent film, which is a quality shared by Drive. In that arrangement music must fill the void, establish a more dynamic and rich presence for the absence felt.

I wanted the biggest, most massive, kind of the loudest, most aggressive organ sound possible to note this god-like scale. And it just happened to be a very interesting instrument to contrast against everything else because you don’t hear a lot of pipe organs in film scores. I think Philip Glass’ Candyman—a horror film with the pipe organ—was the last thing I heard that used it, but I just think it was a great color…

…it seemed to be well suited to what I think, in the end, turned out to be more of a horror score. I didn’t really see it that way during the process, but after the smoke cleared, and I’m just putting together the CD, and putting the tracks side-by-side, and I’m thinking, “Gosh, if I hadn’t seen the movie I’d say this was a horror movie!” So maybe that’s the other part of it too. I think the organ is one of those instruments that’s just suggestive of that genre.*

What Only God Forgives achieves aesthetically via being an “accidental horror score” and varies it from the structure of Drive is unification with the Dollar’s Trilogy and its fabled ‘man with no name’ backed by the riches of Ennio Morricone, who cut his teeth on those pictures but also rewired our reception of the western, forming an entirely new sound with regards to the spaghetti.

It’s the best record Martinez has released. I assume it works well in the film, though I have yet to experience it, but from a strictly music craftsman point of view it engages some of the most spectacular ideas of his long and fruitful career. Much of what we’ve come to expect aesthetically is stripped away, built to not simply support but play participant to the story at hand and engage heavily with the aesthetics of the environment in total, meaning not only the place but its interpretation via the narrative. As typical, percussion is key to the arrangements, but the performance’s styling and use amidst other ideas speaks not simply to the location and type of cinema addressed by the film but the very idea that it is a film—a version of things.

Most distinctly are only glimmers of his quintessential “God plug-in,” something present in almost every film he has ever scored. In its absence, and in the quality present here, he’s tearing it all down and creating something fresh, as if he was completely new to the game and doesn’t know the rules. To make a move like this is not easy—it never is, and I presume arose at support of Nicolas, but it’s also right. Carrying such a distinct nature and grappling of conversation between image and sound instills presence as character in the world. I’m not sure Martinez’s sound has ever been so involved and it’s all the better for it.