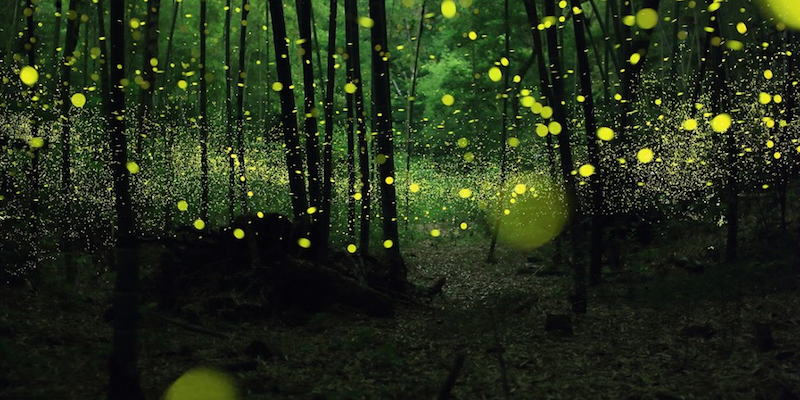 1. Indie label Drag City is set to release a collection of recordings by the genius Andy Kaufman. Tracks include “I’m Not Capable of Having a Relationship” and “Hookers,” so we’re crossing our fingers for a crude Tony Clifton world tour.

2. Photographer Yume Cyan presents a series of long-exposure photographs of fireflies. At once serene and magical, and, depending on your recreational supplements, unnerving.

3. Scarfolk’s primary school tapeworm experiments of the 1970s. Here’s how these came about:

The Cavalier Pharmaceutical Company hit on the brilliant idea of publishing a series of primary school science and maths books. They donated them along with a generous endowment to Scarfolk Education Board which had no choice but to introduce the books to the curriculum. The textbooks invited young children to conduct experiments on themselves and record the data, which contributed to a higher end-of-year grade. The best scoring pupils from each school were awarded the chance to try out the medicine to which their schoolwork had contributed. They also won free cigarettes, as well as courses of either anti-seizure or anti-psychotic medication. 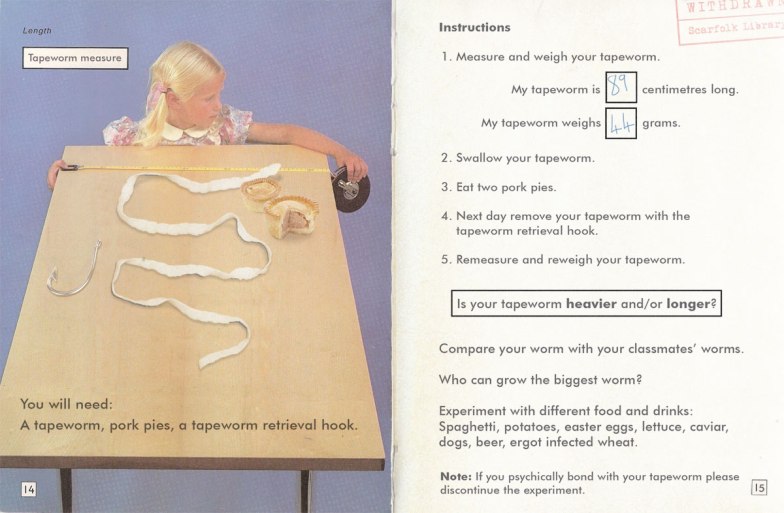 4. MobyGratis, a site set up for independent, non-profit filmmakers, where “Moby has made a selection of over 150 tracks from his huge catalog of music available to licence for free, via a simple online application system.”

5. Hairy stockings: the newest deterrent of unwanted male attention this summer. Though it’s unlikely it will replace the old standby: Mace™.

7. This interactive graphic of known exoplanets. Might be best to approach this like the Craigslist of our new cosmic home.

8. But back here on earth, the dark, dystopian future of ingestible electronics continues with this 3D printing of miniature batteries.

9. Inside Jaws, an epic documentary of the 1975 Spielberg classic.