You are here: Home » The Fun Parts Here 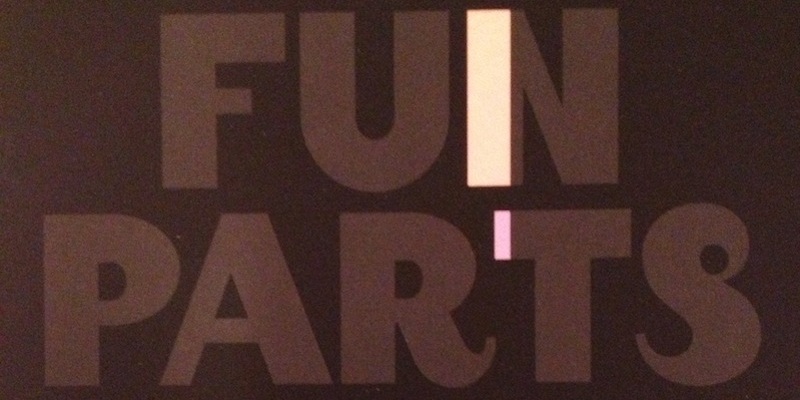 Let’s talk about cosmology for a second. You can sometimes glimpse it in a fiction writer’s language, see those nebulae effervescing as the characters attract and repel—or in Sam Lipsyte’s case with the Fun Parts, verbally (and sometimes physically) (but not literally) ripping each other new assholes. The ebb and flow of Lipsyte’s universe is one framed by resentment, self-loathing, other-loathing, general loathing, and pitch-perfect prose that’d probably be too dark to get syndicated spot on HBO, if you can believe it.

I suggest that most modern fiction is dark, and even in the cosmologies of the authors you find at the top of the NY Times Bestseller list, you’ll find universes etched with long strands of antimatter or dark matter, or whatever astronomers are calling it these days. But with Lipsyte’s fiction, you’re getting a negative print of this universe. That is, Lipsyte’s time-space continuum somehow manages to maintain its cosmological integrity in spite of the fact that everything that is is bent and backwards; the dark matter of normal space is the standard matter of Lipsyte’s space. The Fun Parts is about as bent as you can get without channeling a spirit of gross-out-for-gross-out’s-sake, and it’s pretty fucking hilarious. That you can write about an overweight, sociopathic, and possibly abusive male “doula” (a type of midwife or “labor coach”) and make it both horrifying and hilarious—that’s not something everyone can pull off. And even if you think you can pull it off, don’t. There’s a very fine line Lipsyte is treading with this book (the NYT Book Review says it’s a line between “hilarity and pathos”), and anyone else who walks on it is just doing a bad job of imitation, or flattery (both traits that Lipsyte also does a thorough job lambasting).

It’s Lipsyte’s second story collection after Venus Drive, and his newest book after 2011’s tremendously successful novel, the Ask. If you go back to Lipsyte’s earliest work, which was strong but utilizes themes not fully realized until the Ask, you’ll notice a strong trend of self-deprecation running through his fiction. This is what makes the bitterness palatable, I think. If Lipsyte were just writing of foulness (or, in the case of the Fun Parts, sociopathy, sexual repulsion, misanthropy, misogyny, misandry, mis-everythingelse), you’d have writing that falls flat—or, at least, wouldn’t deserve a Guggenheim Fellowship.
But Lipsyte is a satirist, recognizing that he’s just as much us as he is them. Like in the story, “The Dungeon Master,” that satirizes the RPG world, or “Ode to Oldcorn,” about high-school shot put—and all of the hairy male bodies and associated penis jokes—you catch a strong whiff of self-consciousness and self-deprecation. This humanizes Lipsyte’s prose, and makes you realize you’re agreeing with and cheering for these characters that deserve whatever ill fates they have coming to them. The Ask was successful for this reason, and for the simple reason that the Ask is a novel and the Fun Parts is a short-story collection, the latter probably won’t make the same waves as the former (people like novels better, for some reason). But for Lipsyte fans, who have sort of a cult-like adoration for Lipsyte (I include myself in this group), the Fun Parts achieves just what it sets out to do: tell funny stories. Since when does literature need to do anything else?