You are here: Home » Everybody loves talking about stuff that they love: Kyle Kallgren 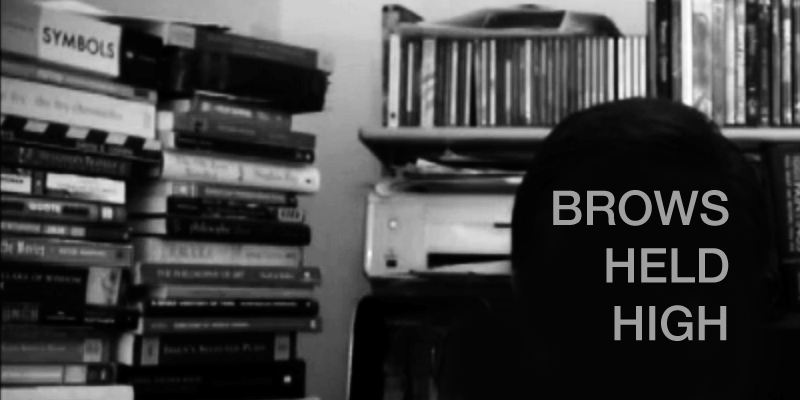 Last month, I had the opportunity to talk with Kyle Kallgren of “Brows Held High,” an online show where Kallgren reviews films. Kallgren’s show is one of many critical and comedic review series on blip.tv and exhibited through sites like That Guy With The Glasses and Chez Apocalypse. Kallgren, a skilled performer, reviews art house films with keen critical acumen, making his reviews as thought-provoking as they are funny. Right now, Kallgren is working on his short film, Election Cycle. Fundraising for the film is in its final week, and in support, I submit this moment from our discussion:

“I love doing this. Everybody loves talking about stuff that they love. I love everything about movies. I love finding out new things through them, and I love movies that force me to become smarter. I like forcing my audience to become smarter with me. That’s why I do this….I love sharing these movies that I found. There is something great about finding something and sharing it with a group of strangers and having those strangers share with you back. I’ve found some amazing stuff because of that close relationship I have with my fans. It’s a feedback loop: share something and you get something back, even if it’s bonkers. In my last episode, a fan calls me up and tells me about a movie about the Marquis de Sade having long conversations with his penis, which is three feet long and talks back. And he’s a dog and a puppet. And that’s real, that’s a movie that I found because of a fan.”

Kari Larsen is a writer and editor dwelling on the banks of the mighty Susquehanna. For more information, see www.cold-rubies.com. View all posts by Kari →