You are here: Home » George Saunders Has Written a Book You May or May Not Read This Year 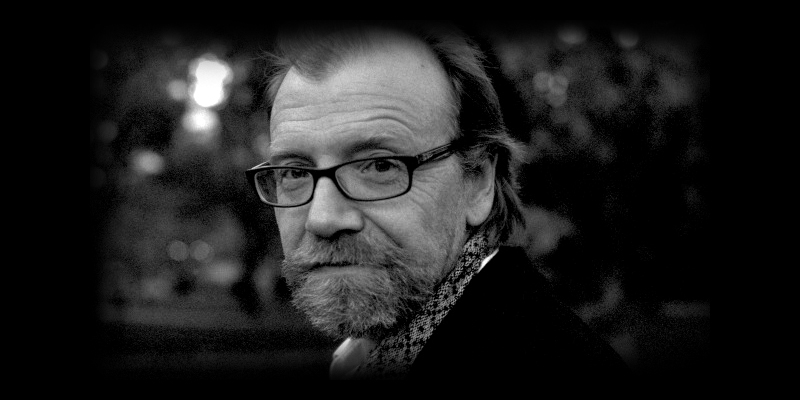 We appear to be the happy operators of a menagerie!

At a reading in Chicago on Tuesday, January 8th, an elderly gentleman concluded the night’s comments by saying that he had never heard of George Saunders until a few days earlier, but the New York Times’ review*’s claim was too substantial to deny. So, he said, he bought a few of his books and skimmed through them, then heard the author speak on the radio, then saw the author in person at that night’s reading. He said that, as a reader, it had been an exciting week for him.

For a beat, the room went silent. Some may have been taken aback by the revelation that there was a stranger in our midst, an outsider, someone who was not a Saunders devotee. That’s cynical thinking. I prefer to believe that we all took a moment to reflect back to when we first discovered the work of George Saunders: what our first time was like, whether we took time to soak it in between stories, or jumped right back after every one.

I was excited for the old man and envious of him. We were now part of a shared experience, despite the fact that our connections to the author and his work were deeply personal. A new fan, I thought. That is terrific. In that venue, I was among the Saunders congregation—a massive group of people who had paid to stand in close proximity to his genius. Then, I thought that everyone in the world was a fan.

But two weeks later, when I walked to lunch with a coworker, she turned to me and asked, “Did you go to that thing with the writer? The one the review said wrote the best book of 2013 you haven’t read yet?”

She nodded, and another coworker asked her who she was talking about, suggesting absolutely no familiarity with the author as she paraphrased the hyperbolic title of the article. It was not until then that I realized most people did not know who George Saunders was and they were likely coming upon the writer via the Times piece for the very first time.

What about me? If I had not been in a writing program, had I not taken a workshop on satire and post-modernism, I may not have heard about Saunders either—not until a newspaper told me it was the best book of the year. I adjusted the prism and viewed Tenth of December from the perspective of an uninitiated: is the book a suitable primer? Is it accessible, representative, or an outlier?

Simply put, Tenth of December is a wonderful Introduction to Saunderstry. The satirical, the visionary, and the intimate, moral voices are delicately balanced. Saunders accomplishes this is with the common thread that unites his work: humanity. To satirize is to capture the human experience, tweak it, and deflect it back at the reader; to science-fictionalize is to predict how the best and worst parts of society will expand and contract; to moralize is the understand the human condition.

That human condition is the major focus of this collection. With his sharp skewering of our brand-obsessed culture, moments feel similar to In Persuasion Nation. “Escape from Spiderhead,” for instance, is a stunning science-fiction story (and my favorite of the collection) about a medical testing facility. Convicts are the trial subjects for drugs that do things like improve your command of language, send you into the deepest, darkest depression of your life, or take away your free will. Written permission is required to administer that one.

The bulk of the stories in Tenth of December feel more immediate, more intimate, and far less absurd than his reputation as a satirist would suggest. “Victory Lap,” a story I adored when I read it in my graduate program, opens the book. Featuring two wildly imaginative children—with two distinct and interesting voices that would put most kid lit narrators to shame—it starts off breezily when suddenly the young boy spies a man trying to abduct the young girl next door. He struggles with what to do. In the expected chilly final story, “Tenth of December,” a strange boy happens upon a man with cancer who has wandered into the woods, stripped of his coat, to commit suicide.

The heavy themes of death, rage, and alienation are made more realistically complex by Saunders’s gorgeous, pleasurable prose. Not all of the stories struck me the same way, but all the voices did. In each piece, characters speak aloud and in their heads, and I cannot help but marvel at the eccentricity—and, more impressively, the authenticity—of their delivery. Every run-on sentence is a work of art; every bit of dialogue is urgent and necessary. And when the author reuses language, like re—as in, “Like, instead of just saying the sex-type things…we now began freestyling re our sensations and thoughts, in elevated diction, with eighty-per-cent increased vocab…”), it reads like a signature. Hopefully this is something more people will recognize, no matter how they find it.

*Point of fact: many have confused the Times article for a review, which leads me to believe that people only read the title of the article, “George Saunders Has Written the Best Book You’ll Read This Year.” The article is a profile of the author, but the title does a poor job of suggesting that.