You are here: Home » Kanye West Doesn’t Give a Fuck, and It Shows 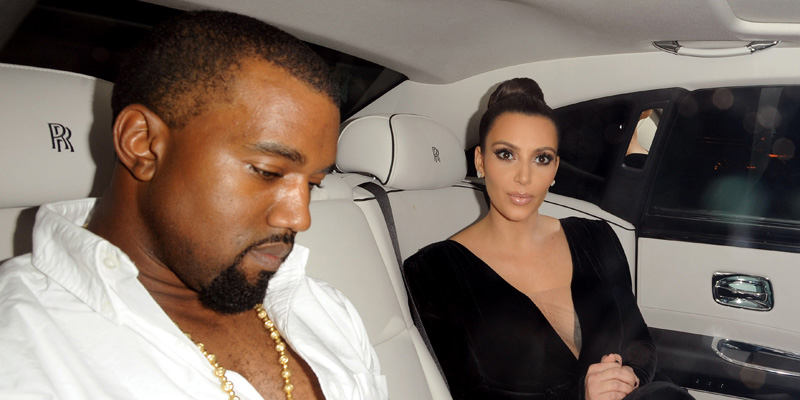 I have no problem admitting that I love Kanye West. I love the Kanye that put out “All Falls Down.” I even love mousy-white-pop-star-humiliating, Shutter-Shades-wearing, Steve-Jobs-incarnate Kanye. But this Kanye—the one who just this week released Yeezus—I hate this Kanye West.

The title alone should clue you in to how easy and pedestrian the effort is. It’s a lazy play on words, and I’d bet money that the title, and maybe the album’s entire concept, sprouted from this one crude joke from “Send it Up”:

Starting with the punchline and filling in the joke later on—straight out of the M. Night Shyamalan School of Writing. But not every hip hop artist can hit it out of the park with clever or thoughtful lyrics, lyrics that rise beyond status updates to be cemented as yearbook quotes and bicep tattoos. On this, West gets a pass; I mean, he’s never been the strongest of lyricists—miles away from Talib Kweli, Nas, or Rakim.

So why the hate for this Kanye West? That’s a bit tough to unpack. (It’s not the return of autotune; or rather, it’s not just the return of autotune.) West has carved out a niche as a rapper who doesn’t necessarily tackle the traditional topics of hip hop—black struggles, racial intolerance, street violence—but rather approaches his albums by trying to make sense of his existence and where he fits into the whole genre. (I suppose you could call it existential rap, but I’d argue that it’s impossible to be genuinely existential without an ounce of humility or true self-awareness, but I digress.) He’s no stranger to urban life, but the issues he brings up involve celebrity, the fairer sex, confidence, status, power, and money—both the culture of it and how life changes now that he has boatloads of it. And this might be why, on Yeezus, when he tries to go aggressively political, viscously socially conscious, or controversial (with purpose), it feels half-hearted and wholly out of his wheelhouse.

Now, I’m not foolish enough to think that a brief, angry album from this post-My Beautiful Dark Twisted Fantasy West would be all political or all cerebral—even someone like Tupac isn’t immune to changing gears from track to track; on 2Pacalypse Now, he moves between “Tha’ Lunatic,” a standard rap track filled with sexism, guns, and braggadocio, to “Brenda’s Got a Baby,” a heartbreaking tale of teen pregnancy—but it’s the lack of conviction and focus that really turned me off.

I can see two major original concepts presents on this album, and they sort of work in concert with one another. The first, and likely the most misunderstood, is the idea of the skinhead. On “Black Skinhead,” West isn’t (necessarily) referring to, say, the neo-Nazis and white supremacists, although he does bring up their place in the skinhead subculture: “Stop all that coon shit”; “They see a black man with a white woman / At the top floor they gone come to kill King Kong.” Instead, West is recalling the 1960s subculture from the UK, where the economic boom following WWII gave birth to ‘50s mods with money to burn and subsequently a rise in youth fashion inspired by soul and R&B, which then made way for the angry, working class skinheads who took those styles and moved even further away from hippie culture.

“Black Skinhead” was an opportunity to analyze the “new money rapper,” who spend their money on clothes, jewelry, etc., from a culturally interesting perspective, but the artist is never able to convey his idea. It’s a moderate attempt at politicization, made significantly better with a spectacular hook.

His second major concept is modern slavery. And this is where we start to see contradictions within the same track. On “New Slaves,” West makes the claim that, as with traditional slavery, white Americans are still finding ways to exploit and make money off of the work of Blacks. It’s a keen observation, to start:

That’s that “Come on, please buy more
What you want, a Bentley? Fur coat? A diamond chain?
All you blacks want all the same things”
…
Meanwhile the DEA
Teamed up with the CCA
They tryna lock niggas up
They tryna make new state
See that’s that privately owned prisons
Get your piece today

Okay, I’m on board. I like the comparison, saying that people have pigeonholed Black musicians and athletes, forcing this culture of luxury and excess in the pursuit of making money off of successful Black people with too much disposable income. I also like the comments about the monetization of crime, which effects Black Americans more than any other population. And the subtext there is that West is sick of being labeled and taken advantage of. He’s his own man, which he is never afraid to claim, but in this very song, and through the album ad nauseum, West brags about very stereotypical materialism. “I throw these Maybach keys,” he sings, to the point where I’m starting to think Kanye West is sponsored by Maybach. And if it’s not a Maybach, it’s his Range Rover smashing a lowly Corolla. Or it’s his Porsche. Or it’s croissants from a “French-ass restaurant.” Or it’s an endless parade of women.

Which brings up one area where West is incapable reconciling his claim of “new slavery” and his rap superstar lifestyle—and that has to do with ownership. Or his perception of what can be owned. He says, about an ex-girlfriend:

Chauvinism isn’t new to the hip hop genre, but on an album where West seems to be trying to upend the expectations of him—and, more personally, coming at a time when he is in some sort of relationship with Kim Kardashian and just recently became the father of a baby girl—these kinds of sexist remarks undermine his already weak message. Just look at a few examples:

(On “I’m In It”)
Uh, black girl sippin’ white wine
Put my fist in her like a civil rights sign

I’m not made of stone: that last line is killer.

Even his half-assed attempt at a love song, “Bound 2,” is so devoid of conviction that any woman would have left him midway through the track. He sings, “One good girl is worth a thousand bitches,” but then, almost immediately, he objectifies her: “I wanna fuck you hard on the sink / After that, give you something to drink / Step back, can’t get spunk on the mink.” Later on in the fictional committed relationship, he still doesn’t get it:

And hey, ayo, we made it, Thanksgiving
So hey, maybe we can make it to Christmas
She asked me what I wished for on the wishlist
Have you ever asked your bitch for other bitches?

Kim must have swooned when she heard that.

I guess that if this were all of his indiscretions, Yeezus would be relegated to that meh region where you’d toss everything classified under “not his/her/their best work.” But no. West’s misguidedness culminates in “Blood on the Leaves,” easily the most offensive track on the album once you do a little digging.

The song is about West’s frustrations surrounding his (or maybe any celebrity’s) relationships with women, before and amidst the fame. Really, it’s about his relationship with easy women, women he doesn’t have to commit to, and even groupies and girls on the side.

These bitches surroundin’ me
All want somethin’ out me
Then they talk about me
Would be lost without me
To all my second string bitches, trying to get a baby
…
Two-thousand dollar bag with no cash in your purse
Now you sittin’ courtside, wifey on the other side
Gotta keep ‘em separated, I call that apartheid
Then she said she impregnated, that’s the night your heart died
Then you gotta go tell your girl and report that
Main reason cause your pastor said you can’t abort that

Yikes. Alright, the abortion part speaks for itself. And it’s not like the “apartheid” isn’t common practice—most athletes and rappers keep the peace by seating their wives and girlfriends on either side of the arena. (Ah, the struggles of the rich and famous.)

Fine. It’s not the worst rap song I’ve ever heard. But then consider one of the songs West samples here—“Strange Fruit,” covered by the wonderful Nina Simone.

In case you’re unfamiliar, “Strange Fruit” was originally a poem, adapted into a protest song, made famous by Billie Holiday. Let me share some of the lyrics and try to guess what the song is protesting:

Black bodies swinging in the southern breeze,
Strange fruit hanging from the poplar trees.
…
Here is fruit for the crows to pluck,
For the rain to gather, for the wind to suck,
For the sun to rot, for the trees to drop,
Here is a strange and bitter crop.

Yes, it’s about lynching. And West takes samples for his immature song about, well, women he can sleep with any time he wants. Women he owns. And it seems to me that he is repurposing strange fruit to mean when you knock up your girl on the side. “Strange fruit” isn’t the horror of hanged African Americans; it’s the horror of an unfortunate and inconvenient illegitimate child. I guess this is the result of West bragging that “When I go raw, I like to leave it in.”

I’d like to think that this is all a transitional period for West. He’s a father now, and that’s got to be jarring for someone so stunted and childish. His last record was by far his most complex and daring but it was also his least commercially successful, so he may be struggling to make sense of that as well. Maybe he’s saving his best stuff for Watch the Throne 2. And a large part me thinks that, despite his success, West is both stupid and increasingly manic. I can try to rationalize and make excuses for what I would consider a musical failure, but I have to accept the possibility that West simply didn’t give enough of a shit about this album.

Producer Rick Rubin, in an interview with The Wall Street Journal, said that West asked him to join Yeezus just three weeks before it was due. And he spoke about the process:

“We were working on a Sunday [the same day West attended a baby shower for girlfriend Kim Kardashian] and the album was to be turned in two days later. Kanye was planning to go to Milan that night. Five songs still needed vocals and two or three of them still needed lyrics. He said, ‘Don’t worry, I will score 40 points for you in the fourth quarter.’ In the two hours before had to run out to catch the plane, he did exactly that: finished all lyrics and performed them with gusto.”

Some outlets are spinning that story to be some sort of superhuman feat. “Look at the masterwork he created in just two hours!” To me, and to any person even remotely familiar with music production, that sounds like a rush job. That sounds like West falling victim to his own hype and believing that he can pull half of this album’s lyrics out of his ass at crunch time. And when the result is this mediocre, it’s not something to applaud him for. This is a first draft album through and through.

“Fuck you and your corporation / Y’all niggas can’t control me,” he sings defiantly. But I guess even Kanye West is a slave to deadlines.