You are here: Home » The Melody of Midwestern Drought: Joshua Robbins’ Praise Nothing 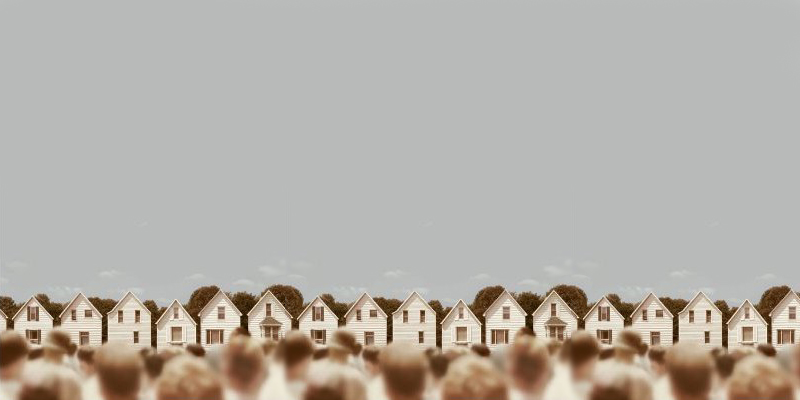 In “Washing in the Sangam,” Joshua Robbins writes,

Son, through faith
you’ve found this hunger
answered even as I

turn away in our ordinary house
from the look of wonder
in your face, the expression

Christ must have had
seeing Lazarus raised.

His debut collection, Praise Nothing (University of Arkansas Press, 2013) is populated by this type of somber ode to lost faith, suburban guilt, and Midwestern decay.

Robbins’ writing is like the empty air that opens over soy fields. It’s clean, no-nonsense. “Pure” maybe, in a lapsed Christian’s cosmogony. Damn effective too; it’d be hard to imagine a line like “a five dollar bill pressed/into my sweaty palm, then a fumbling/of button fly, and his tongue/a close rhyme of desire and cold sky” being handled with more aplomb. So too with “dug a hole into Kansas silt loam/and dropped into it the plastic baggie/with his ashen remains. Nothing then/but distance in every direction.” Limpid is the word maybe, or perspicuous. Which is not to imply that Robbins is prosaic; no, his clarity is necessary to accentuate the material’s solemnity. Would ruminations on lapsed spirituality and middle class decay work as well if they were written by Eli Cash.

In the moments where his poems lean lighter on autobiography, he gets purely lyrical; stand-out “Blue Spark” opens marvelously:

“Blue Spark” retains that crystalline concision, but it’s also vibrant, colorful, and fun – a rare quality in these lines. The same poem ends:

Lightning spikes. I inhale the night;
lawn mist. Insect char. Beyond
the clouds, the electric moon.

Filagreed throughout Praise Nothing is an almost desperate preoccupation with heaven – whether it exists, and if it does, where it is and how one might earn entrance. “Thoughts of heaven, by now they’d be long/unutterable,” “for whom heaven/has become nothing,” “Heaven As Nothing But Distance” – and that’s just from the first four poems (the third, “heaven”-less, imagines God as living on Earth, so). Nearly every poem in the collection reflects on the idea of paradise: an idea that expands to fill space like a lost love. Robbins sees heaven in every cabinet he opens, in every snagging crack of asphalt, in every sacred stalk of wheat. Obsession might be too harsh a word. Heaven is his flaw of character: it torments him, will never leave. Heaven pulses like a phantom limb hanging disconsolately from his frame; he can’t stop its nag.

And when he finds it, he finds it shamefully: in his son’s blind trust, eyes averted; in a homosexual tryst, after Ash Wednesday mass, “In the dance floor’s strobe/[radiating] Plato, the Whitmanesque,” in the silence of early morning, before “Being’s sour arpeggio” begins.

Lost faith is the most Midwestern faith. Robbins is usually searching in vain. These poems are colored by absence. They speak of faith, God, and heaven only in relief, because Robbins’ fails to find them in the world:

I could listen
to the trash can’s
tipped over plea, the skewbald

hallelu of a dying lawn,
and praise nothing,
let daybreak’s

brokenness catch
like glass shards in my throat
and not swallow.

Instead of heaven, he finds the alluring burden of his dead father, the ignominy of his Suburban hideaway, and the weight of all the sins already sinned. Heaven to Robbins becomes no more than an endless field sown years ago with the seeds of guilt and deferred piety.

Birds are prophets. As is cheat grass, “agapathus and bacopa.” And the clouds, and the “Kansas plains’/red wheat.”

Easy to envy the juncos for their devotion to sky
and for how stupid they are, lured back down
to continue their frivolous songs
over their rush hour’s stop and go.

That variety of romantic naturalism is a most Midwestern feeling. The land is a mystic in ecstatic revelation, both enviable and pitiable.

Scarcely a poem goes by without mention to either the land’s two faces: the day has either the “Gasoline stink of just mowed dry grass/black-bagged trash, mulch/station-wagon-oil driveway stains” or is an “illumination exploding/into the world like trumpeted heads of fuchsia”.

The three great Midwestern altars get their worship (or ire);  the City, past but not forgotten, primal and mean, still thrashing; the Suburbs, a necessary wasteland, ugly but safe, easy but safe, enervating but safe; and the Country, the terrified past, beautiful and sad, in a slow spiral into dissolution. They war in his mind for dominance – for meaning – but none ever claims victory. They are all churches of their own special virtues: violent vibrancy, safe modernity, or natural purity.

If Robbins finds anything here, it is not spiritual ecstasy, self-affirmation, or pastoral peace. If he finds anything, it’s that truth is taught by the spiritual everywhere, a lesson he has known since he was a teenager, working a doomed job next to a doomed girlfriend:

blind hands
of statistics – addictions
and foreclosures, all the anonymous
desperations of the elect –

had blessed us, pressed
their cindered palms against
our foreheads, and we

understood all of it,
how everything submits
in the end

to the elemental will
of ash.

View all posts by josephzenoni →