You are here: Home » Of Scoring and Record Making – 2012 in Film Music 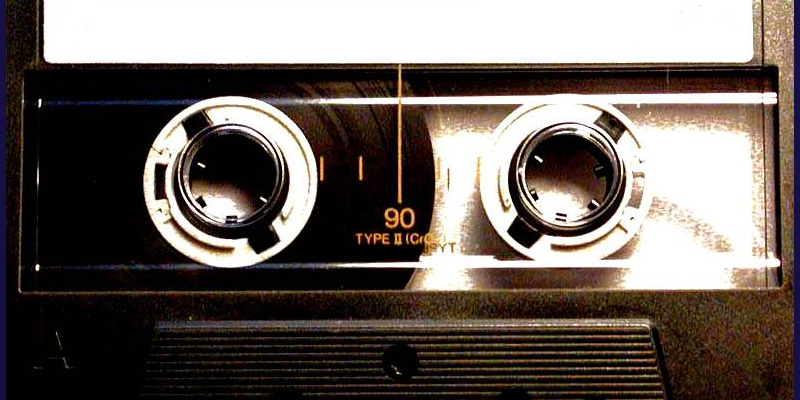 There’s an argument to be made against releasing and listening to a film score as an album. Separate from its whole, certain nuances can be lost along with its narrative contrivance. Certain films live and die by the combinatorial arrangement of images and sound, and it is in the delicate balance between the pieces that many narratives are forged.

For example, there is a cue from Road to Perdition; early on when Tom Hanks opens the doors to his garage, as it rains, the music swells to welcome change. This is a shift in the film. It’s one of many doors the character goes through leading the path to his end.

A record is a record, and the best and most cohesive material sells it. Most albums do not offer the entirety of work produced, and compared to what was used on screen, scores are often mixed differently for the album release. I still crave the arrangement of “Why So Serious?” at the beginning of The Dark Knight, not what was mixed for the album. In the film, it is less polished and more violent. The strings are more saw-like; the drums hit you in the abdomen.

But, I’m a film score junkie. I notice when something was in the film but not on the album, and am often incited to see a film because of the composer.

In 1993, after months of searching and desperation, I finally got the score to Jurassic Park on cassette. I was with friends visiting from out of town, but immediately returned to their daughter’s apartment where I found myself secluded in a bedroom on the floor, placing my ears as close as possible to the stereo.

Nowadays I am bothered by a record’s absence. For instance, most recently, I was looking forward to the incidental music Marc Streitenfeld composed for Killing Them Softly. Instead of a proper record release, an album of pre-existing music from the film’s era is released with only one track by Streitenfeld. The music might not make back the money to produce and release it, and for some, records with signature tracks forge immediate connections, but still.

And I want an official release for American Horror Story. I know much of the music used is pre-existing, but the opening theme is sensational and one of the best things I have ever heard.

Scores do more than simply reiterate a narrative: they present a new one. They offer ideas not heard when the images collide. The way sound mixes work can derail composers’ details. The score is subservient to the larger work and often bulks up what the sound mix/edit alone cannot accomplish. I feel Alexandre Desplat is a great sufferer of this. His work is finely detailed, better suited to a concert hall, but perfect in Birth.

As a result I take great joy in listening to scores prior to seeing their corresponding films; it allows for access to impending dimensions and enables one to dream of what story may come without any disappointing truths.

Admittedly, I can be taken by a film based on sound design and scoring. Narrative rarely enters my consideration, and I require less of an image. HD has had the inverse effect of making many filmmakers think it’s about clarity as opposed to texture and depth. It’s the way of telling rather than the telling itself.

A great sound design and score can be as good as any record. The beauty in composing music for a film is how you can get away with nebulous ideas. Nothing has to be fully wretched out.

I wrote about this score earlier in the year, but since this was released in May, via digital download, it has not come off my iPod. I have listened to it at least once a week if not once a day and have a deep appreciation for the work that Streitenfeld and Gregson-Williams put into their constructions. Streitenfeld manages to unite elements from each previous film in small moments that meld with his own formidable sound constructions. It’s violent and creepy, but also otherworldly and mysterious. The couple of pieces by Gregson-Williams counterbalance with something of Blade Runner – and the possible sequel? – in its more angelic, ethereal conception, addressing grander mechanisms than simply good music.

This is the third collaboration between Nathan Johnson and Rian Johnson and the first without Nathan Johnson’s additional crew, The Cinematic Underground. Their combined efforts have released some of the most interesting film and music of the last few years, and with this sci-fi noir piece, they made a piece uniquely its own by blending sound construction into the score, heavy on percussion and the detective tinge.

I had no interest in this film and was not familiar with Paul Leonard-Morgan, but then tracks started streaming, people talked, and this album turned out to be what I have been waiting for years to hear. Providing total immersion in a created world, as a friend of mine says: this is how contemporary dance music is analogous to classical compositions.

With his work on There Will Be Blood, Jonny Greenwood unleashed fury. His inclusion of work not original to the film denied him an Oscar consideration, but the score’s popularity was not contestable. He does himself one better with The Master, a flurry of arrangements that rhyme the awe, bewilderment, and fear of indoctrination in a cult. The Master is a creepy record made all the creepier by the tracks included that are not score, but it’s absolutely sensational work signaling why Greenwood needs to keep producing for film.

In addition to being a director, Tom Tykwer works hand in hand with Johnny Klimek and Reinhold Heil on the scores for his films. For a director, a musician provides access to rhythmic provocations vital to the film, particularly one with such expansive narrative leaps as Cloud Atlas. They have done the book right here and enable entry into a world that exists only in dreams.

I’ve been a fan of Thomas Newman for many years now and am especially happy when he collaborates with Sam Mendes. The involvement of both in the latest installment in the done-to-death Bond franchise made me curious. This record is Newman doing Newman, but the Bond influence forces action/excitement into the score, an element not in Newman’s wheelhouse. Without any diversion into pre-existing tracks – as often happens with the records Newman releases – it is wondrous.

Jon Brion is a master craftsman. From his beginnings with Paul Thomas Anderson to recent mainstream cinematic provocation, his work stands apart. In producing pop song maestros like Aimee Mann, his work emerges from unrecognizable moods into jingle-like permanence and thereby goes for the soul-grab. I wasn’t sure how that would translate to the concept of ParaNorman, but he’s got it all here.

Beasts of the Southern Wild – Dan Romer and Benh Zeitlin

Beasts of the Southern Wild has one of the most beautiful scores I have ever heard. Completely entrenched in the mystery and madness of a post-Katrina landscape and the imagination of a young one trying to understand it, this score demonstrates impeccable craftsmanship and, eloquently, imparts in listeners wonder and hope.

Recently, the distinction between film and television has blurred. Ever more, television audiences see extended narratives as opposed to traditional episodic convention. With that, original music is developed to suit it. Two recently released scores round out this list and highlight how valuable for our listening pleasure is this new age of television.

In time for its final season, a proper album has finally been released of Dave Porter’s work on Breaking Bad. Apart from being one of the strongest elements on a show with no shortage of strengths, this is a top notch record independent of Breaking Bad and worth consideration for anyone interested in music.

Initially led by Michael Giacchino, over the course of the first season, the music was placed in the solid hands of Chris Tilton and there it has stayed. Fringe‘s scores are typically released in the spring, but this album was expedited to grab listeners’ attention before the final seasons closes. A solid record, this holds some of the best music Tilton has produced – or that has been produced – for Fringe.