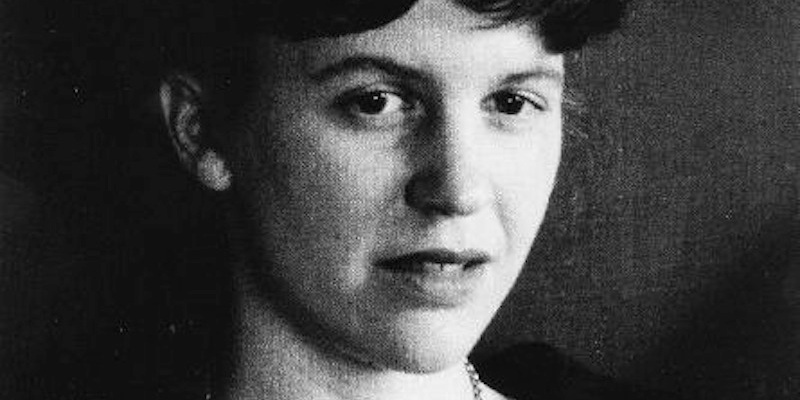 “Every day from nine to five I sit at my desk facing the door of the office and type up other people’s dreams.”  –Sylvia Plath, Johnny Panic and the Bible of Dreams

My first encounter with Sylvia Plath was in Magers and Quinn; a book shop local to Minneapolis, MN.  I was about to go into production on my first feature film, my producer was in town, and we were trolling the local ups and downs as was customary of our gatherings at the time; always looking for nothing in particular while always looking for something.  It was a conduit, a lubricant, something we appreciated for the time allowed between friends.

When I was a kid book shops were luxury.  Really good ones were in the city (far beyond my grasp) and the big box phenoms of today did not exist.  But, there was a gift and cigar shop near my home that had a section for books and comics.

Every book store is that books store.  Every place carries that narrative.  The smell of plastic packed cigars mixed with paper creating an unruly sense of exile and safety.  Endless worlds wrapped within limited selections promising items as yet unknown.  Promising items unavailable that I would one day find out amongst the wolves.

In Magers I wasn’t ready (or looking) for anything new.  I had heard Plath’s name from time to time, but nothing of a real connection.  She was a poet right?  Oh yeah, and she also wrote a novel before killing herself.  Something by the name of…that was about it.

I was overwhelmed.  In short time I would be on location for a month handling actors and crew to attempt something that if I had been in my right mind would have never gotten this far.  A pseudo horror/comedy/transcendentalist phantasmagoria indie with only three actors, one location and a score recorded prior so as could be played by the actors via record players in the film, allowing for a knowable dramatization from within.

I couldn’t really say how it was going to work, but I knew it would.  The logic fit.  It all came together neatly like a puzzle.  For some reason people took this as enough and ran with it.

Initially in the shop what caught my eye, amidst the many piles of recently arrived stock, was a woman in a yellow dress.  A simple image, not overly glamorous.  The woman looked something out of time.  A truth that had once been, but now was lost to the glimmers of used to be.

Above the image was a title.  Smaller in font than the name below, though lighter in color so as to stand out more from the black backing: Johnny Panic and the Bible of Dreams.

A strange sort of thing.

I remember standing in one place for quite a while.  I stared like it hurt.  Kept myself from immediately grabbing the book and skimmed the piles amongst its edges a bit.

I tried to notice something that might otherwise fill the moment.  Tried to keep myself from growing too attached, but then it had to be.  The calling could no longer be withstood.

I picked up the book and felt a strange weight for a paperback.  It was stiff, like no one had ever opened its pages.  Considering the stack it stood upon with many the same cover and feel I felt death in my hands.  I saw a reality of printings that no one really cared about.

This was Sylvia Plath.  These were her short stories.  Collected as a sort of chronicle, telling a story of how someone came to be.

I’ve since read a lot more of Plath; poetry, novel, etc.  The collection was an opening to a world I didn’t know was needed.  With every turn of the rabbit hole her worlds deepen and expand so as to never let you complete.

Sometime after my initial induction I found the American edition of her short stories (mine was out of the UK) and felt a bit uninterested.  The cover was far different; a bit more presentation, a little less absence. There was a bit of a push for the importance of a name not as readily apparent in my copy.  Mine was forgotten, felt out of place being recognized.  One of the many things I liked about it.  One of the many reasons I couldn’t leave the store without it.

The back of the book quotes Margaret Walters of the Guardian saying “the book does offer…new insight into her development as a writer, suggesting how even her mistakes and dead ends contributed to the formation of an original and pathfinding talent.”  I’m not really sure if that is a recommendation or an accommodation.  Seems to me that it is a way around saying these do not measure up (because obviously Plath was of a place where to say she didn’t measure up as a writer was a bit unfavorable).  But, that’s part of their quality.  Unformed ideas making their own, not needing to be anything, but their own presence, not needing to be what others expect of them.

It’s an acceptance of one’s delicacy; a fragility that seems as if at any time it could all fall apart.  This spoke to me.  Still speaks to me.  The weight of it on one’s soul, the weight of the craft, the weight of being able to release oneself and let it be.

At the time I was working a dead end job; dealing with all the complications that arise juggling the life you want with the life you have.  Plath got this; understood what I needed.  Her words channeled anxieties into narrative; opened a window to ideas over plot.

After her I was more apt do what I wanted.  I felt more freely able to proceed with the telling that most entered my frame of mind.  If you’ve never had this experience I can only exclaim it as monumental.  To feel accepted, to feel that one’s natural inclination is not out of line; it structures you, gives credence to the most sensational of ideas.

To understand is one thing.  To experience, to feel, is a whole other game.

Plath’s work goes far behind the presentation of something externally valued.  Her work is a mystery, a searching of the soul for the things that hold it together.  From this exchange one may gleam a specific narrative, but it’s not about distraction, her stories are not to simply tell a story.  They are there to carry us through our days; inform how we might interact, search within ourselves, and quite possibly be differently.