You are here: Home » Everything is Not Okay: Trent Reznor’s Hesitation Marks 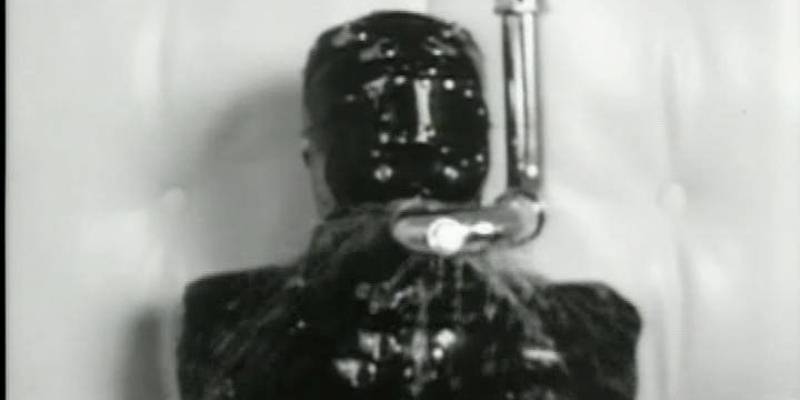 First, let’s get this out of the way: Hesitation Marks is a good album. I’d buy it before I’d buy the majority of the other albums out—or due out—this year.* It’s got some songs that I played three times in a row and now—a scant few hours later—am itching to play again. These aren’t exactly catchy songs; aside from a few hooks, Reznor’s latest album follows the mode of The Fragile: experimentation and layering, crescendos of digital noise that go on way past the three minute mark but rarely hit three choruses. (All things in perspective: when I say ‘experiment’ and ‘go on’ I don’t mean Boris or Year of No Light—Reznor has a family to feed.) Not everyone will love the album—and detractors will likely disagree about what, precisely, holds Hestitation Marks back from legendary status—but it’s well-crafted and even occasionally surprising.

But now we get to the real point of this and many other reviews. What really makes Hesitation Marks just ‘an album,’ what keeps it from being epochal, is The Downward Spiral, the success that has haunted Reznor for two decades. Very few artists have created something that reached as many people in such a direct and overpowering way and most of them had the sense to die shortly afterwards (occasionally leaving a posthumous work, allowing critics and fans to argue that they might have surpassed their own masterpiece, if only they’d lived). But Trent Reznor didn’t die, although he floundered, recovered, gambled, lost, rebranded himself, and finally got back to work.

Go back and listen to The Downward Spiral: it’s not as cohesive as you remember, not quite a ‘concept album,’ though the popular understanding is that it’s a fairly linear story about a man’s descent into suicidal self-abnegation (leaving, of course, some space for that precious poetic “I” for those a bit uncomfortable with the album’s visceral moments). Instead, the album is frantic, the experimentation of a man trapped on a sinking ship, trying every possible avenue of escape. The percussion, the instrumentation, the lyrical tone—all of it shifts wildly from track to track. What makes the album cohesive isn’t musical (it isn’t, as music majors sometimes claim, the ten note chromatic figure that links a few of the songs). It isn’t even philosophical. It’s aesthetic: Reznor captured the dark allure of the messy, sexual underbelly of creativity, a fascination that transcended identity politics, historical context and musical genre, and was summed up neatly and profanely in the line:

The album plumbed the depths of an imaginary, tortured psyche that bore some resemblance to Reznor’s—but its celebrated rawness and ‘honesty’ is a product of his craft, not of any unpolished directness. Reznor can’t sing, and he’s not a great guitar player, but the album’s makeshift feel—as if an Average Joe was locked in the studio, tinkering with and then smashing instruments in a desperate attempt to be heard—was as calculated as Eminem’s poly-rhythmic sixteen-line verses. Reznor played to his strengths (he’s a talented, but by no means exceptional, programmer), and there’s nothing spontaneous or unguarded about it. It’s an artistic move, well planned and well executed. It was a posture, not a portrait. What sold the album was Reznor’s unparalleled dedication to that posture (as my sister says, it was his willingness to ‘commit to the bit,’ the mark of a great artistic persona, be it comedian, author, or musician). The Downward Spiral never flinched, never smiled, and never pulled back. Every album after would either overextend its aural reach (namely The Fragile) or fall short of its promise (none more than Year Zero, whose intriguing viral campaign and unfulfilled promise of a multimedia evolution ended up rendering the actual album something of a supplement, a flaccid sub-Ministry level entry in anti-Bush rock music).

Meanwhile, Hesitation Marks is, as a title, ripe for referential parody: at several points Reznor, lyrically and sonically, approaches the kind of self-immolating introspection that made Halo 8 so stunning. But Reznor’s decision—and here, critics may of course substitute ‘failure’—not to fully pursue one musical or emotional direction actually gives the album an impressive vitality. After all, Trent Reznor has described how the lead single, “Came Back Haunted,” details not a brush with death or self-harm, but the reinvigorated drive to create he felt after working on film-scoring and collaborating with his wife on How To Destroy Angels. The album reminds me of the way musicians I know play when they’ve been separated from their instrument for a long time; rarely do they play a whole song. Instead, a lick of blues, a choppy hardcore riff, a flamenco flourish, a chord vamp. Reznor does Portishhead atmospherics (“Find My Way”), then shifts to his Bowie-inspired digital funk (“All Time Low”), does a little Ultra-wave power pop (“Everything,” the most Reznor has sounded like Joy Division since he covered “Dead Souls”), and then smashes it all up together (“Satellite,” my favorite track on the album). Even when he’s being moody—and the album has some seriously moody shit on it—he seems happy; it’s like watching The Cure play live.

So, why, even when critics love the new shit, is it always about The Downward Spiral? Or, to put it another, more direct, and slightly more honest way: Why is it not okay that Trent Reznor’s okay? With a beautiful and talented wife, a stable domestic life and an ever-expanding career horizon, why do fans and critics (myself included) always harken back, wistfully, to the days where Reznor portrayed a man frayed to the point of disintegration? Do we want him back on drugs, bloated drunk, divorced, maimed, dead?

In part, it’s because we don’t like being fooled (though we love being fooled). The idea that rappers and rock stars aren’t living well beyond the factory specs of human endurance and morality ruins rap and rock even as it remains an obvious precondition to those genres. It mocks our exuberant suspension of disbelief. It’s an open secret we prefer to keep shut: Rick Ross was a prison guard (with a perfect attendance record), Johnny Cash never shot anybody, for any reason, and the guys in Slayer are half-decent dudes who break for pedestrians and decorate Christmas trees for their kids. We know this, but still we place a high value on ostensibly ‘authentic’ aesthetic extremes, artists “who reside in darkness / thrive where most won’t go” (to quote the late Layne Staley, who Reznor knew, and who was already living several miles down the rabbit hole from where Reznor was huddled when he recorded his darkest material in the early nineties).

But, at the same time we’re buying into artistic persona(s), we also appreciate when the songs transcend their local, original context. We love back-story and the cult of the author, but—ultimately—a song, and a lyric, like “Came back haunted” belongs to us. It becomes part of our mythos and narrative, applied figuratively to each of us and our own private Orphic harrowing. Would it have more emotional punch, more resonance, if it were a B-side, leaked two decades after Reznor’s death? (Will Salinger’s forthcoming books have more oomph? Did The Pale King? Get consensus there and you may be in line for a major diplomatic award.) In the end, there will always be the real McCoys—and the convincing imitations—when we need to feel like we’re hearing a death rattle, a cri de couer from an oubliette, the sound—as The Princess Bride has it—of “ultimate suffering.”

But sometimes, we just need a decent goddamn song, and Hesitation Marks has more than a few.

*If I were still a fucking chump who bought music instead of acquiring it by alternative means and then, if the music were to be any good, easing my conscience by going to see the band live (where, more often than not, the band tries to make back the inflated recording bill the record company has stuck them with).

Ben is a writer and teacher who lives in Chinatown, in New York. View all posts by Benjamin N. Schachtman →