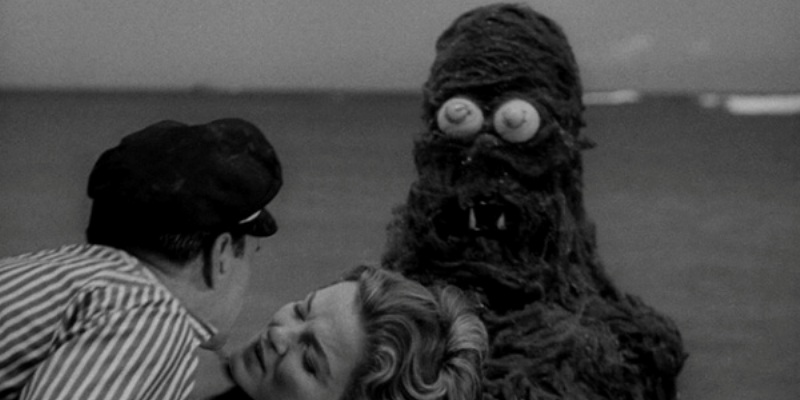 With the release of Pacific Rim comes the hope that an original, though incredibly influenced, film with intense visuals and hopefully eloquent storytelling by a master of the craft can dispense with Grown Ups 2, which had no reason to be made, and at least top it at the box office.

If you are looking for some lead up, or aftermath, to creature features and do not have access to the SyFy vault, here are a few worth checking out.

1. Godzilla (a.k.a. Gojira) – the one that started it all has an awesome edition from Criterion. After watching the first, just go watch the rest!

2. It Came From Beneath the Sea – A giant octopus, whose feeding habits have been affected by radiation from H-Bomb tests, rises from the Mindanao Deep to terrorize the California Coast. A ripoff, as so many were after Godzilla, but, hey, it’s an octopus.

3. Quagmire or Agua Mala – The X-Files does monsters in the sea. What more could you want?

4. Sea Monster and Bat Demon – Season 2 Episode 4 of Destination Truth. Find this streaming on Netflix if you got it.

5. Creature from the Haunted Sea – This one I honestly picked for the image I could put with this edition. No idea if it is good, bad, or so bad it is awesome (though this seems the likely choice). If you would prefer something of more assured quality in the straight up good range, you can never go wrong with another in the same title family: Creature from the Black Lagoon – ends this nicely seeing as it shares the year with Godzilla.