You are here: Home » Review: Angelmaker by Nick Harkaway 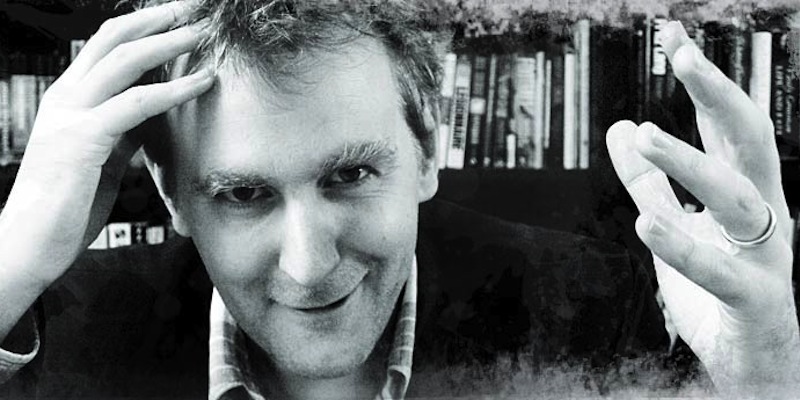 Quite often I cover shop.  Lazily browsing through rows upon rows, books with great designs entice me to take them off the shelf, peer into the rooms so eloquently promised.  Before even attempting a grasp of Harkaway’s worlds, the front door sucked me in.

I had no idea what I was in for.

Joshua Joseph has no great hatred of modern technology-he just mistrusts the effortless, textureless surfaces and the ease with which it trains you to do things in the way most convenient to the machine.  Above all, he mistrusts duplication.  A rare thing becomes a commonplace thing.  A skill becomes a feature.  The end is more important than the means.  The child of the soul gives place to a product of the system.

Certain writers do more than tell a story.  They populate it with characters and places.  They give it a wholeness that speaks to an entirety rather than merely a fragment.  Much more than simply a sequence of events, they are a history; an account of time come and gone; windows to a place still alive and thriving.  Their quality transcends all we think we know; speaks endlessly to time periods far beyond lines of sight.

Nick Harkaway has this way about him.  His novel Angelmaker is not so much about the events at hand (though they are quite grand), but about the people, times and places that are wrapped up in it.  The events are merely a means to discussing them.

Jumping back and forth through a reimagining of past and present, he sets in place characters and ideas of existence that require a commitment to reading much grander than a few moments here and there.  While one might argue this is a great beach read, to get the fullness of what he has achieved requires more time; with and without the narrative .

It requires space to breath.  Has to settle a bit and form bonds to your structure.

The gangster is the man of the city,

with the city’s language and knowledge,

with its queer and dishonest skills

and its terrible daring,

carrying his life in his hands like a placard,

At its heart is a classic noir with a bit old age detective fiction like Sherlock Holmes.  A man is tasked with solving a mystery whose conclusion only leads to something far greater than imagined at the outset.  Then there’s the woman; much smarter and more dangerous than may ever be known.

Entwined in their narratives is the development of technology, especially weapon technology, and the complications of escalation. The risks we take to persevere.  It’s a beautiful piece of art that totally fulfills the judgment of a book by its cover.  “…sort of like Dickens meets Mervyn Peake…”

I often have to take these narratives in chunks.  Reading them is like living a second life.  I’ll read a large portion and put it down.  Read something else.  Sometimes small bits and other times something larger.

But, the quality draws one back.  The narrative always allows back in – welcomes with open arms.  To quickly fall in and remember all that has taken place so far as if a memory from your own life.  As if you have woken from slumber and now must get back to it.

The words are effortless, formed prior to existence.   From the ether Harkaway has grabbed a monster narrative that addresses countless considerations about the lives we have lived and the lives we are living.  Weighted with nostalgic grandiosity for the past and the present, these worlds are intense and have the propensity of holding one hostage as they unfold the pieces bringing you into the fold.

It’s summer; time when we pretend to catch up on all the books we’ve wanted to read; time to put that stack by the bed and hope to crack it by the time fall rears its ugly head.  If you’ve only got time for one, if you know there is not going to be a whole ton read in the shorts months of summertime, get this book.  Beautifully written with a well crafted narrative; it’s a book I am grateful to have pulled off the shelf.

“Suppose I were to ask you ‘What is the Apprehension Engine?’  What would you say?”

“And if you were to speculate?”

“A device which makes people afraid.”