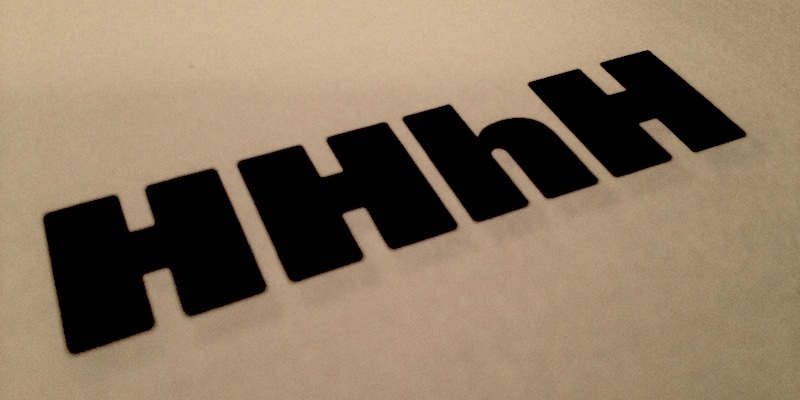 [This speculation brought to you by Laurent Binet and HHhH.]

How should evil be punished?

I wonder this in response to a novel I just read: HHhH by Laurent Binet. The title is an acronym for “Himmlers Hirn heisst Heydrich” or, “Himmler’s brain is called Heydrich.” The Heydrich in question is Reinhard Heydrich, aka the Blonde Beast, the Hangman, the Butcher of Prague, the Young Evil God of Death, or ‘the man with the iron heart’ (Hitler’s own pet name for Heydrich). He was one of the main architects of the Holocaust, the mind behind Kristallnacht, the SS-Obergruppenführer, and the creator of the Sicherheitsdienst (SD)—the Nazi version of the CIA, executions and all. A real bastard, this one.

Binet’s book is about the assassination of Heydrich, carried out by a British-trained team of Czech resistance fighters. Yet, unlike other books of history, Binet is writing something of a literary non-fiction. HHhH is what Binet calls an ‘infranovel,’ or a history book which self-consciously examines the process of historical accounting. His voice is often humorous, informal, and curious—as if it is a story a drunk professor-friend is telling you at a dinner party. And like it or not, Heydrich is the star of Binet’s show.

The narrative sometimes indulges in brief discursions, many of which beg the question: did Heydrich get what was coming to him? He was surely an evil man and, as Binet speculates, a ruthless and hard-assed bureaucrat poised to overthrow Hitler himself. It was because of him that millions of Slavs, Czech citizens, and Jews were executed and imprisoned. The plot to assassinate Heydrich was implemented by Jan Kubiš and Jozef Gabčík, who, for a variety of reasons, bungled the actual assassination, though Heydrich would ultimately die a week after the assassination attempt as a result of an infection possibly transmitted by a shrapnel wound from the attack (you need to read the book to hear what happens, exactly). So Heydrich did die, and it was a slow-ish death, but for a man possibly more ‘evil’ than Hitler, was it a just death? He suffered, but did he experience the suffering of millions? And then, even if he did experience the suffering of millions, what would it solve?

If death ultimately awaits Heydrich, regardless of his life choices, would his predicating suffering solve anything?

In The Girl With the Dragon Tattoo, the female character, Lisbeth Salander, is sexually assaulted—a victim of unbridled sexual violence. Eventually, she is able to exact her vengeance on her oppressor—a repeat offender. She not only uses a device to sodomize him as vigilante judgement for his crimes, but she carves a large, crude tattoo on his abdomen identifying him as a rapist. He must wear the scar for life, as must the female victims of rape and sexual violence. This seems to be a just response. Some defenders of justice, however, claim that Salander’s response is rash, accomplishing nothing, simply capitulating violence, rather than ‘solving’ it. These so-called defenders of justice call this the ‘Cycle of Violence,’ and as ideologues, they condemn Stieg Larsson. And this is only the world of fiction.

To these defenders of justice, I ask: what if the violence comes home, and what would you do if you had the opportunity to punish your oppressor?

I proposed this question to a friend of mine, suggesting that a murderer should be murdered, a rapist should be raped, a thief should be stolen from, etc. All crimes should be paid back in kind. She rebutted Gandhi-style: an eye for an eye leaves the whole world blind. Indeed it does.

But I went on thinking: suggesting that Gandhi is right, what should one do instead of exchanging violence for violence. Contained in this ‘eye for an eye’ aphorism is the suggestion of an alternate solution. For Gandhi, Jesus, and other religious heroes, abnegation was the alternate solution. Turn the other cheek, and so forth. If the whole world were so self-deprecating, perhaps there would be no more evil. But that will never be the case. As long as there are people in the world, there will be evil in the world. So how much should people—the oppressed—roll over and take it? How much abnegation is too much abnegation?

The ‘eye for an eye’ aphorism suggests a telos. It suggests that the world is moving towards something, and that, by our abnegation, we can orient it in the ‘right’ direction. This is the essential belief of the ideologue—that there is destiny for the collective, and that this destiny can be altered. The ideologue thus exacts mercy on evildoers, believing that all of the problems in the world have been caused by the capitulation of violence. Mercy suggests (proves?) that love conquers all, and so on.

But what if the world isn’t moving towards anything? Except death, of course (thanks, Heidegger). It’s hard to suggest that the life has any other certainty aside from death. Or, at the very least, death is the most certain of all certainties. As such—and this is the golden rule—we should not do unto others what we do not want done to ourselves. I don’t want pain, and so I don’t want to cause pain on others. A simple moral imperative.

If there is no destiny but death, then an eye for an eye is completely appropriate. Vigilante justice is the ultimate justice—perhaps the only justice. It’s the gears of bureaucracy that have fouled both the administration and perception of justice. A Nazi should not merely sit to rot in a prison cell. Pardon the crudity, but a Nazi should have to walk through Auschwitz himself. You don’t agree? Be a Jew in Germany in 1939. Watch the Stormtroopers shoot your children in the head, and then say you want mercy for these soldiers. Will your mercy solve anything? Will it prevent the Holocaust? If you believe that love conquers all, maybe. But, like the ironist Thrasymachus from Plato’s Republic says, throwing up his arms: say what you will, but might makes right, whether you like it or not. If history has shown us anything, it’s that history has shown us nothing, and existence would be safer (read: less painful) with one less Hitler walking around.

This question—”What would it solve?”—this question is the clincher. For the ideologue, there is a solution. For the non-ideologue (the Heideggerian? the Nihilist?), there is no solution, which is precisely why there should be no restraints on vengeance for the wicked. If a man wants to kill the person who molests his 5-year-old daughter, he should be able to do that. Gandhi says ‘an eye for an eye leaves the whole world blind,’ assuming that this is how the world operates. The world doesn’t operate this way. Instead, the world is full of long-winded Nuremberg trials, Zimmerman/Trayvon Martin media scandals, OJ Simpson car chases… and criminals—real criminals who get caught—they get an easy out: a clean, quiet, painless death.

On the other hand, remember when Jeffrey Dahmer was bludgeoned to death? There were those who found this cruel. Were they forgetting that Dahmer sexually enslaved, tortured, murdered, and cannibalized at least 17 other men? Not quite a just death, but he who liveth by the sword…

The other side: the reason we have judicial process is because we need a barometer for determining exactly what is evil, or determining what is a fair punishment for a crime. Of course, history is usually the best barometer for determing what was right and what was wrong, but we often don’t have time for hindsight, and so we take the System as granted. And history repeats, and repeats, and repeats. Evil is sometimes punished, and if it is, it hardly ever seems proportional.

But if you don’t kill Heydrich, who will?